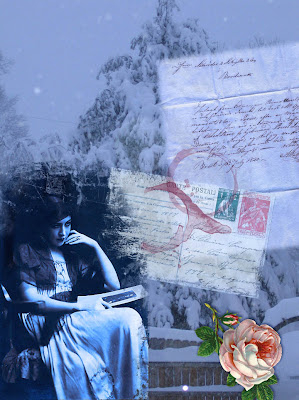 This week's theme for the challenge at
Inspiration Avenue is "I've Got the Blues".
The words I associate with 'blue', are
cool, moody, sadness, even depression.
I do love all colors, but can you tell
blue is not my most favorite?
Blue could just as easily connote
refreshment, calm, peace, water and sky.
Here is my entry for the challenge.
I'm not sure what is going through the lady's mind.
She could just be very sad, or perhaps
contemplating some treachery!
Who knows!
The only thing we know for sure ~
she has drifted off somewhere else in her mind!
Check out the entries for the week at  Inspiration Avenue.
How does everyone interpret the blues? 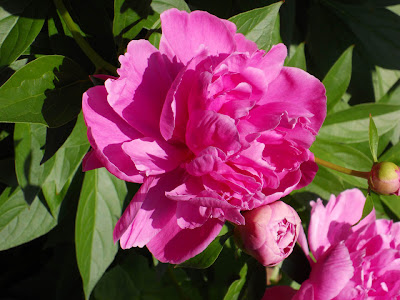 We have 10 peony bushes beside the driveway.
I wish I could say I was the genius who planted them,
but they were here 10 years ago when we moved in. 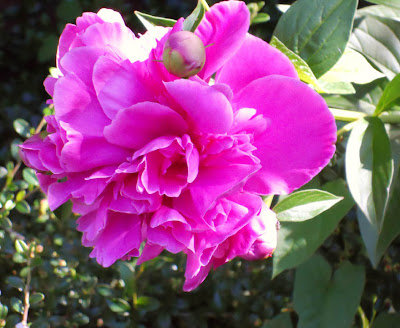 Is 10 the magic number?
This is the first time I have remembered to photograph them
before the blooms were finished.
As it is, they are almost done for the season. 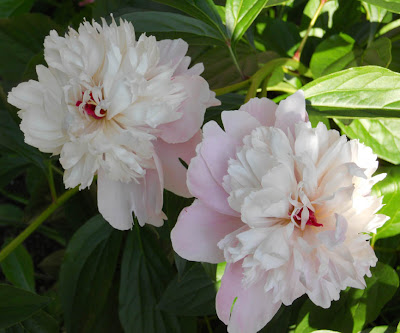 For the last couple years, they have developed powdery mildew
at the beginning of June. As gorgeous as they are now,
they are a terrible sight to behold when they
have turned gray and yucky.
You could almost weep looking at them. 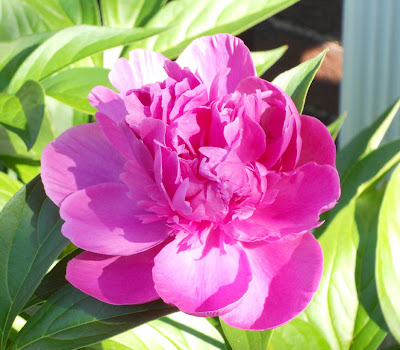 So, even though I am strongly against spraying my plants
with any chemicals,I caved this year and have given them
2 treatmentsof some kind of fungicide. I'm crossing my fingers,
but I see signs of the creeping gray fuzz already.
I'm trying to stay optimistic! I've read that you should spray
before the mildew appears, but
I didn't want to kill the ants that pollinate the flowers
so I was a little late. 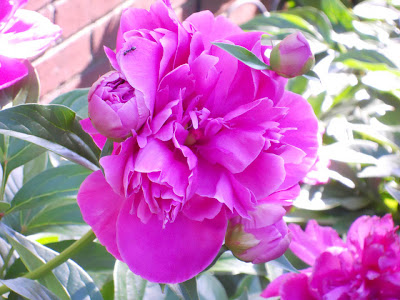 Only time will tell... 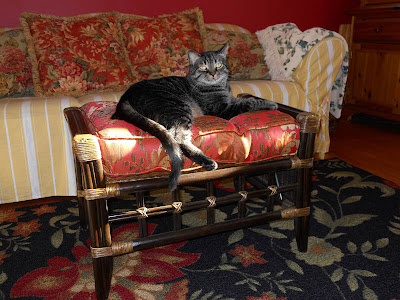 I've been working on re-purposing
the dining room that no one dines in.
This will be a girl version of the man cave ~
a place where I can get away from sports, video games, TV,
and guy things in general whenever I get a chance.
So, how can you relax on the sofa with nowhere to put your feet?
I had some birthday money and bought this ottoman at Pier One.
Only trouble is, Oliver is convinced I bought him a new bed.
He is very very pleased with my purchase.
I haven't tried it out yet, but he says it's oh so soft and comfy. 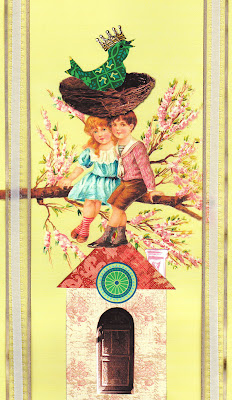 The challenge this week at Inspiration Avenue was "Architecture".
I immediately thought of doing something  tall.
You know how kids like to stack things
higher and higher until they fall.
If I had more time (and more paper)
I would have made this taller.
But I never seem to start my challenge until the weekend.
Pretty soon, time's up!
Better get this over to Inspiration Avenue ...
Pop over to see all of the grand architecture!

No Stopping!
I don't have a single photo for this post, and not because I left my camera at home when hubby and I set out for Washington D.C. yesterday. I brought it just in case, although I had a feeling I might have to be quick in order to use it.

Actually our destination wasn't Washington D.C., but the surrounding suburbs because this wasn't a sightseeing trip. DH had purchased a motorcycle on that other online selling venue, ebay, and we were off to pick it up. I thought I might snap some pictures of the beautiful spring Pennsylvania and Maryland countryside. And beautiful it was, but somehow I knew taking a photo from the window of a speeding pickup truck would be less than spectacular. So I hinted that some pictures sure would be nice, but of course we had a schedule to keep so on we went. No stopping!

We made our destination in record time. We had time to spare now, but after eating lunch and experiencing MAJOR snafus picking up the U-haul trailer, we were running behind schedule. So on to pick up the bike. No stopping!

When you print out directions from Mapquest, do you also print the return (backwards) directions? We didn't. But DH said, no matter, we have gps, we don't need the printed directions. In truth, being less than a fan of this whole motorcycle idea, I left all the planning to my hubby. I was just along for the ride. And he really didn't forget a single thing except those return directions.

For some unknown reason, gps routed us directly through Washington D.C. instead of getting us back to I-495. We never realized what was in store until we were right in front of the sign saying "Welcome to Washington D.C."! At which point it was too late to swing a u-turn in rush hour traffic with a 9-foot trailer attached to our rear bumper carrying DH's new pride and joy. Ugh. We bumped along through the part of D.C. that I'm sure we don't want to show to the world.

Then suddenly we were passing the Washington Monument, the Capitol building, Lincoln Memorial, and all the tourists having a great time on a lovely Monday afternoon. Sure would be nice to snap some pictures, I hinted, but without much conviction because, truth be told, my head was pounding, hubby was in an evil mood, and if we so much as slowed down, I know we would have gotten run over. No stopping here!

So a little over 12 hours after we left that morning, we arrived back home. I don't even have a picture of DH's new motorcycle. Too exhausted to get the camera out of the case...Hubby did mention last night after all was settled down that it might have been nice to have some pictures. Gr-r-r-r. 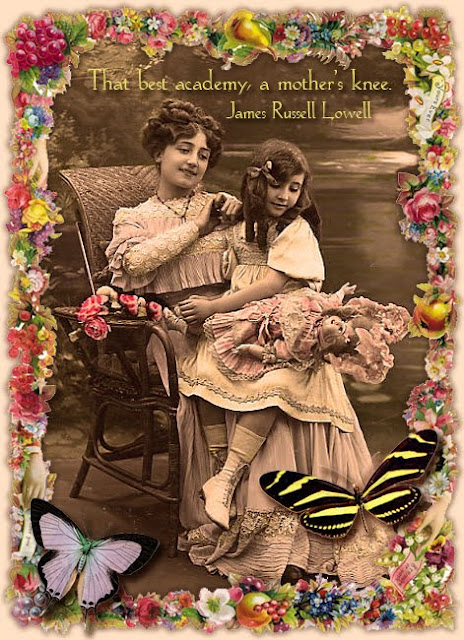 Wishing a delightful weekend
for all of you Mothers!

Grafitti
I discovered a fun new blog the other day in the nicest way:
by receiving a note that Meshka design
had featured one of my items!
This particular post of Meshka's features a variety
of items with an urban/industrial flavor 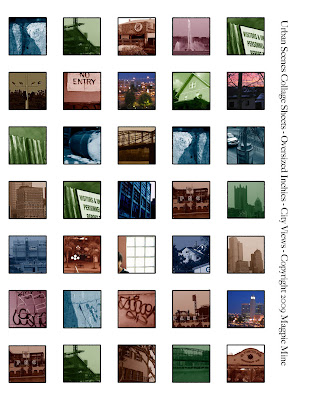 and she included my City Views collage sheet.
I like the clean lines and uncluttered look of her blog. Go look!
It's also a treat to browse her Etsy shop where she
features lovely clutch handbags. 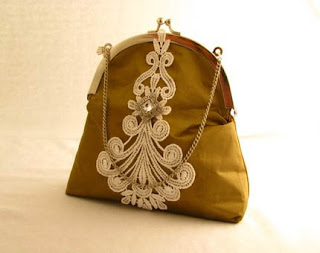 A feast your eyes ~ both her blog and her  Etsy shop!