Some pictures from my garden.
Flowers this time.
Veggies later. 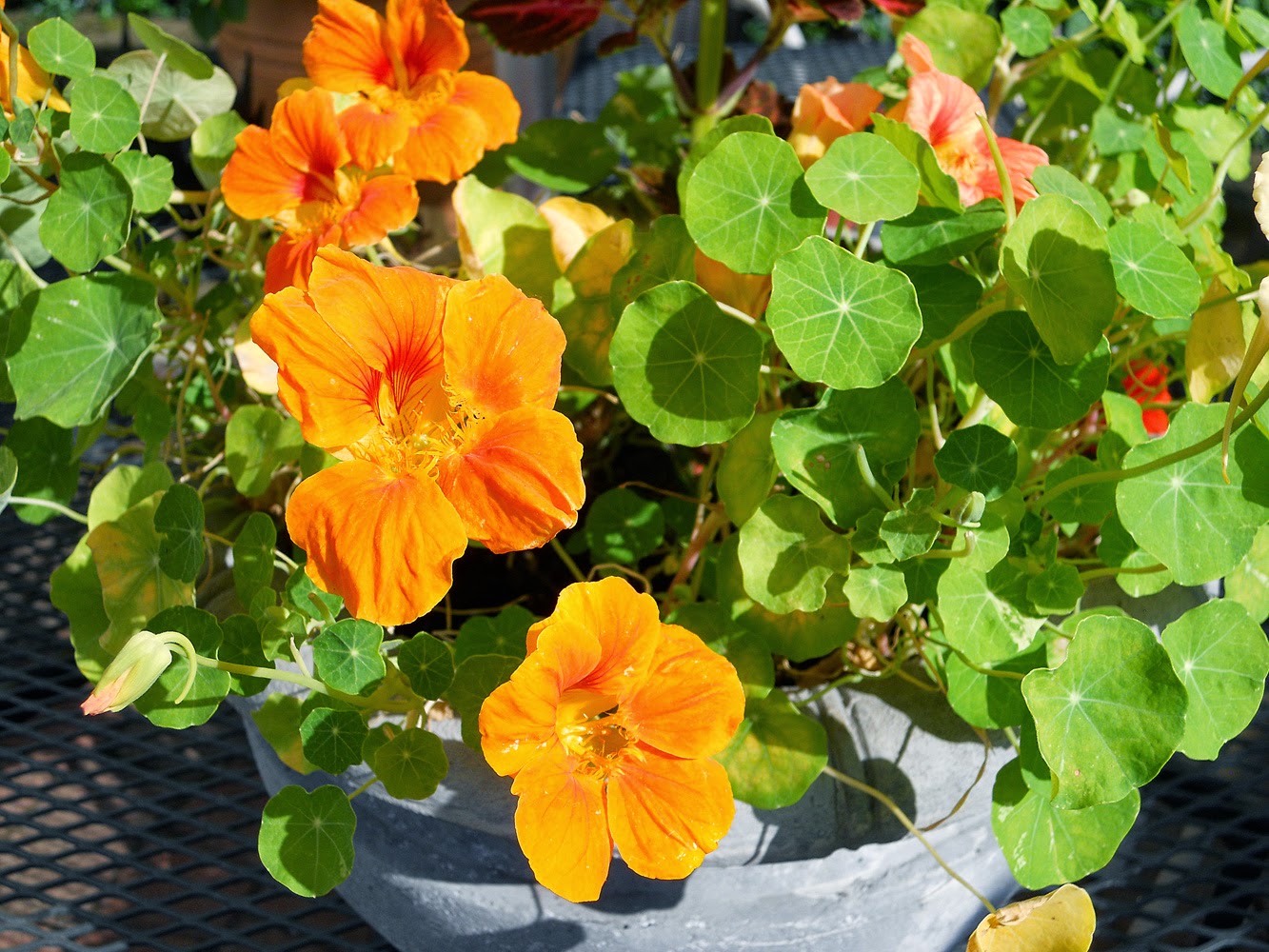 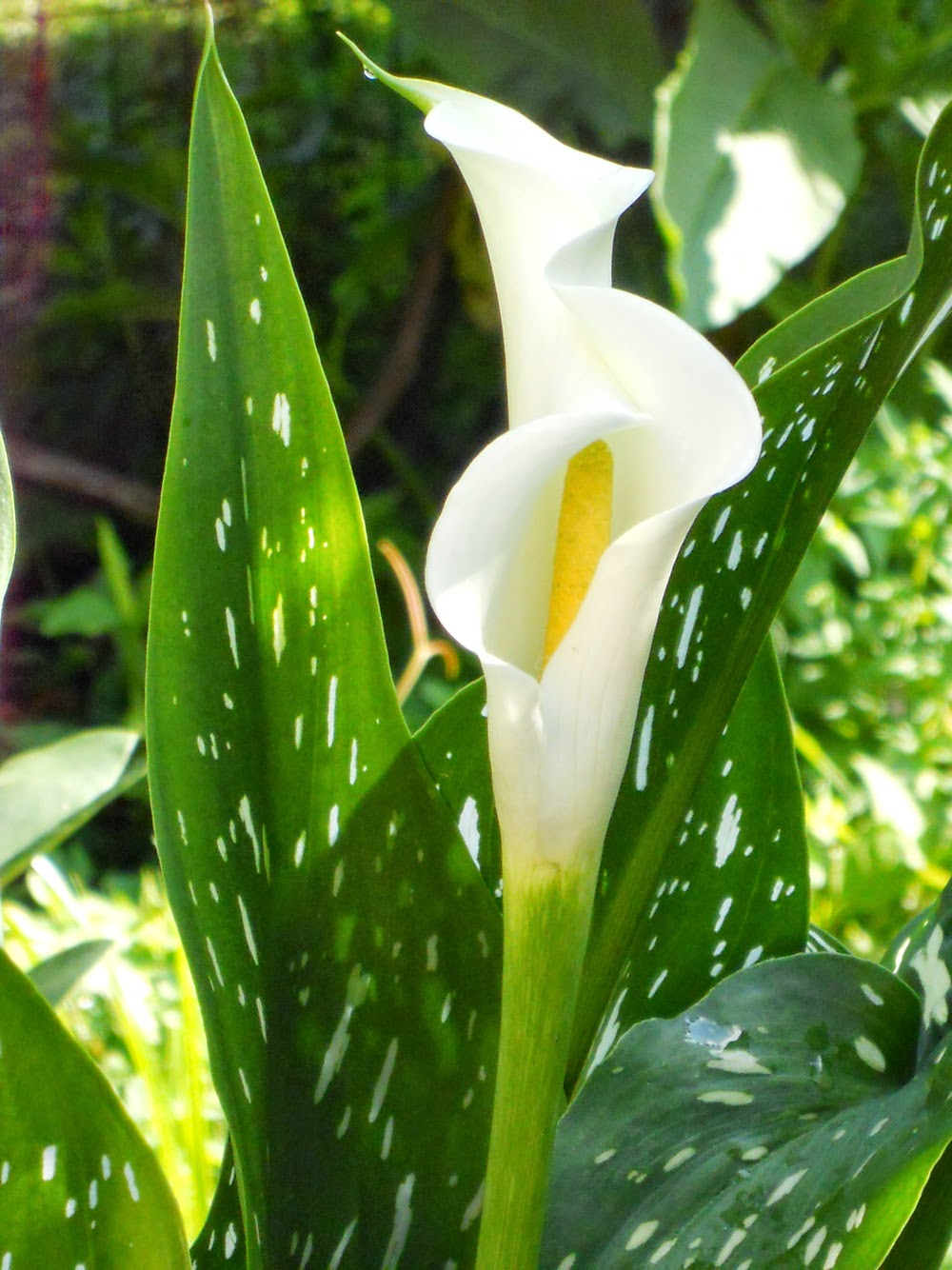 A calla lily that I thought would not come up this year
after the nasty winter we had.

It has that motto that I like ~
Never ever ever give up. 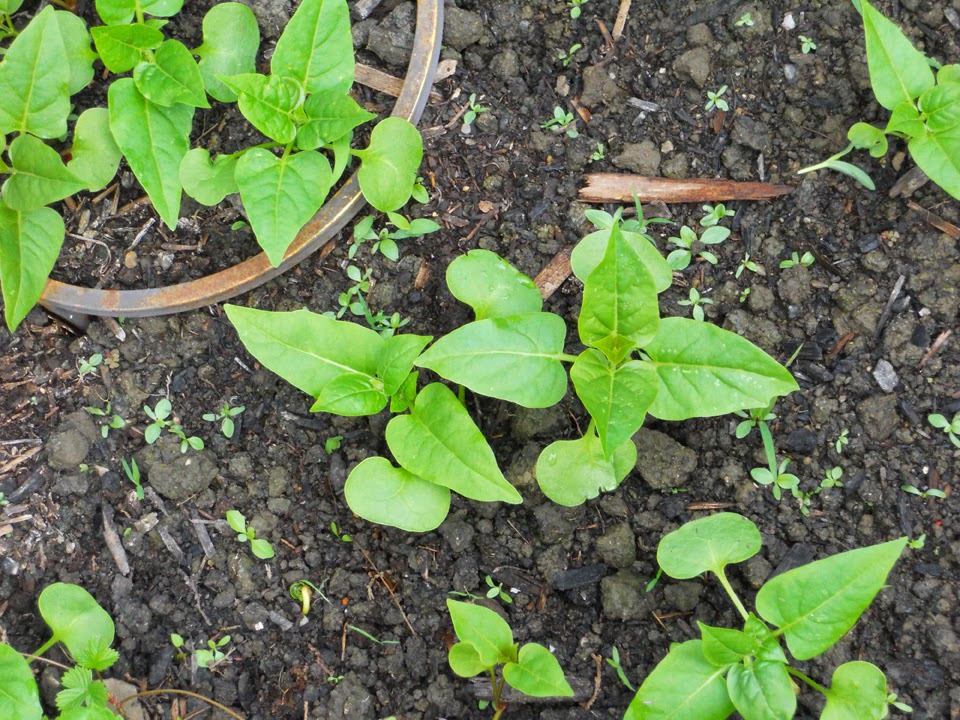 I planted some Four O’Clocks a little late,
but I hope it means they'll still be blooming in September.

Here's what they will look like if you are not familiar with them: 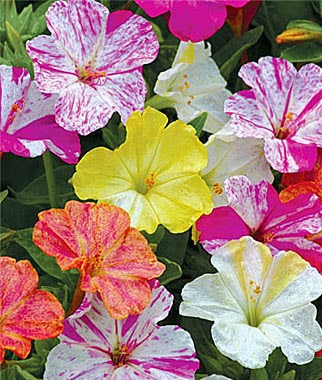 My grandmother always had four o'clocks in her garden.
It's true ~ they bloom at 4:00 in the afternoon (or thereabouts).
Things were simpler then; we kids thought it was exciting and cool
that flowers could tell time :-) Kids today might just think it's a big yawn...
More exciting things happening on their smart phones. 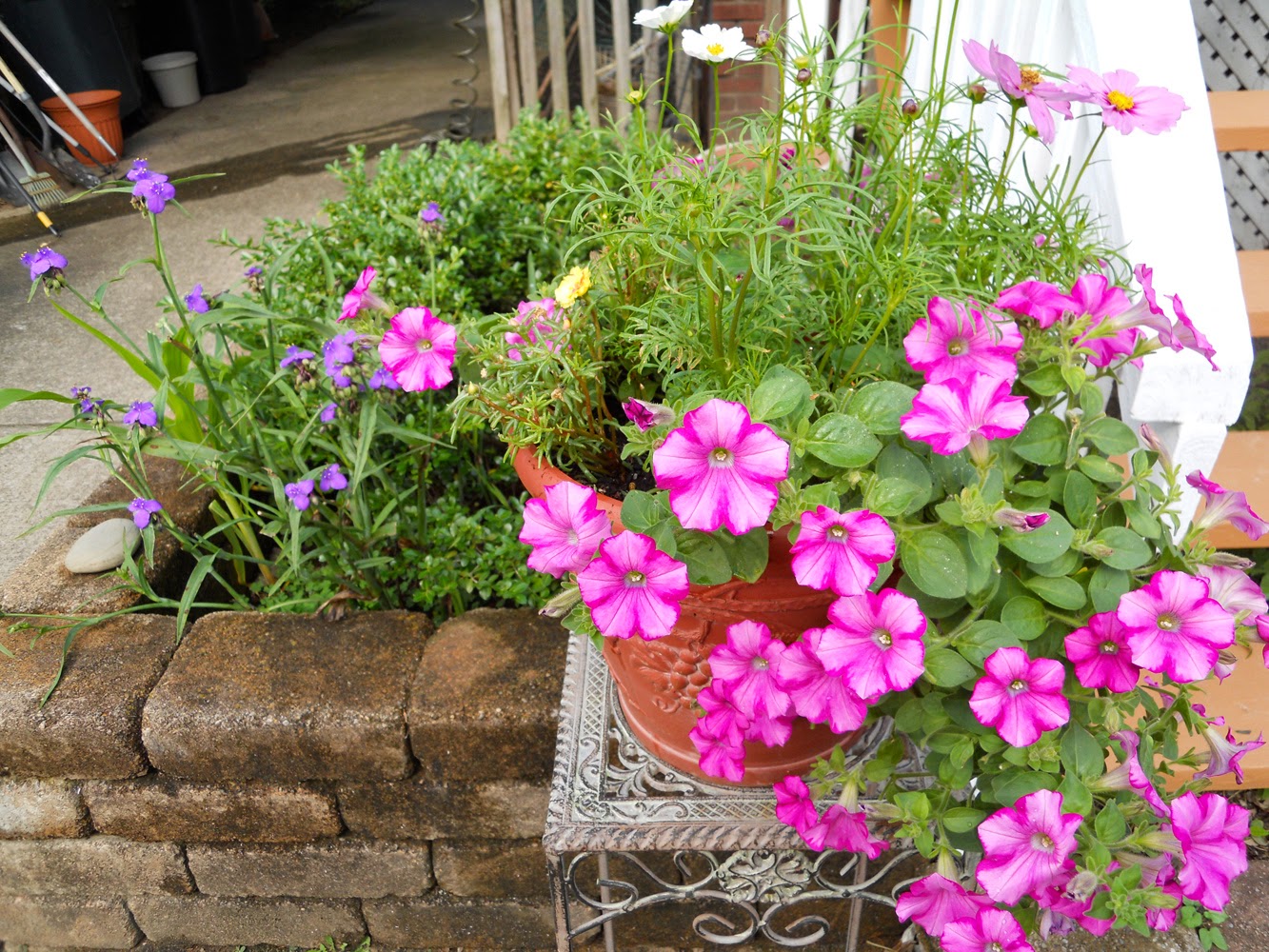 I'm gonna have to pay more attention to framing my photos.

Garden implements photobombing both of these pictures lol. 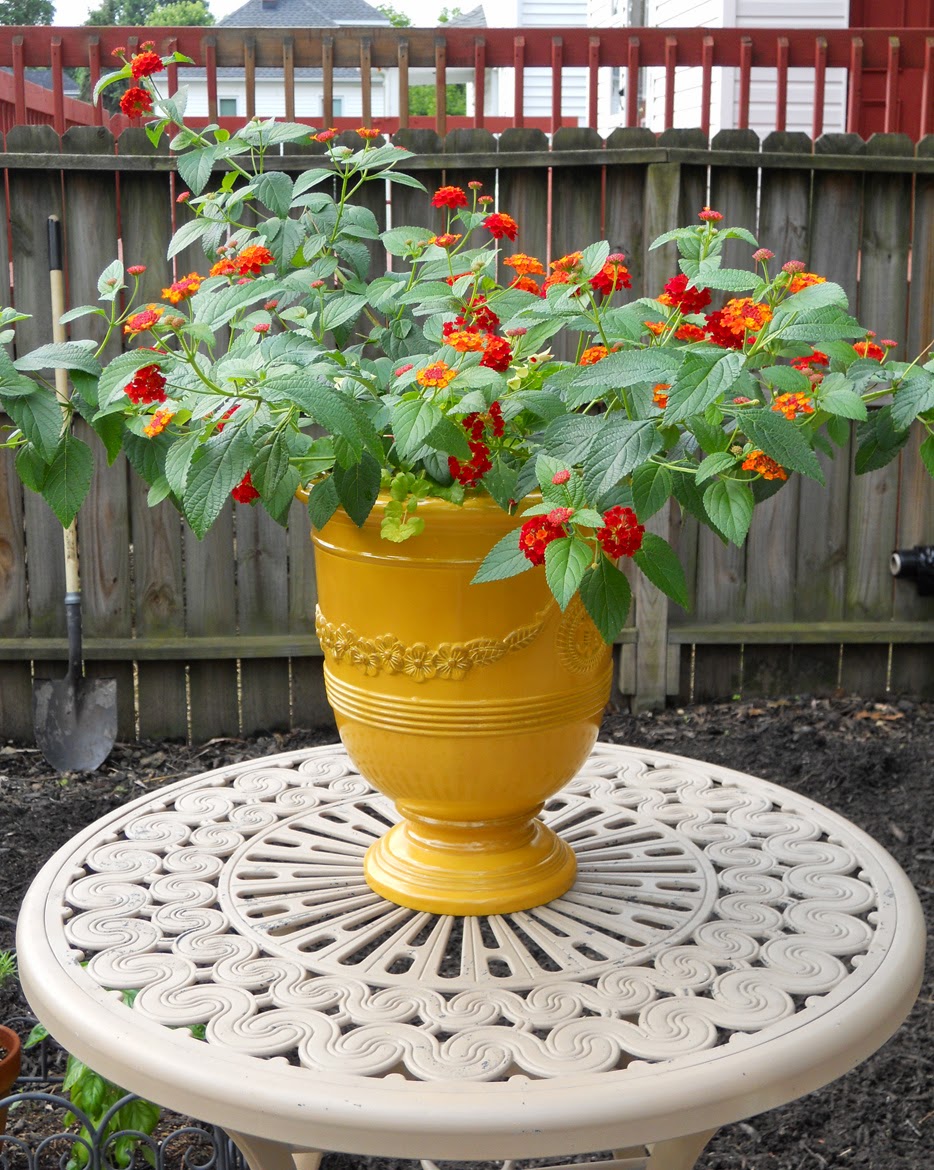 I decided to post these pics now because I just noticed
that even though these were taken only 4 or so days ago,
everything has changed already!

Summer is flying by . . . I guess we are about half through already.

How is your summer going? How does your garden grow?

Each journal I've received in this year's swap has
had its challenging moments!

Tammy's artist is Duy Huynh, a North Carolina artist whose art
is serene, surreal, ethereal, and dreamlike. Oh. I forgot to mention.
It shines with a perfection that is impossible to imitate!
But our task is to give it a try and I had so much fun
with his whimsical subject matter. 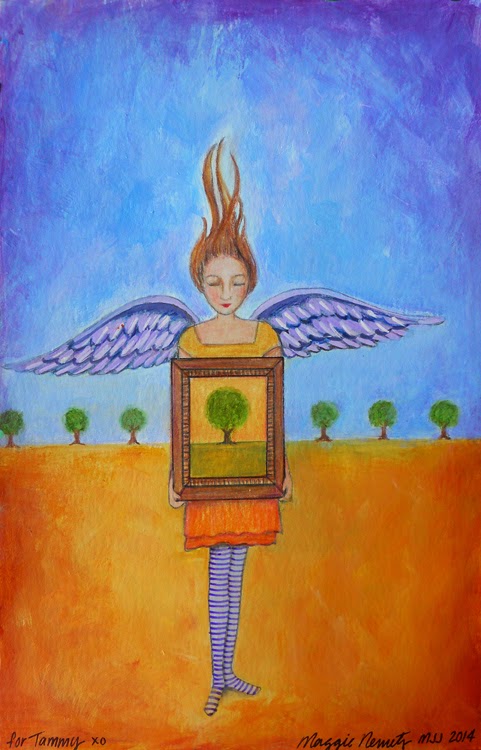 I was so frustrated with my first attempts to imitate Mr. Huynh's style,
until I realized that his backgrounds were brilliantly every bit
as important as the subject in the foreground.
Once I began concentrating on making the backgrounds
bolder, I was a bit happier with my pieces. 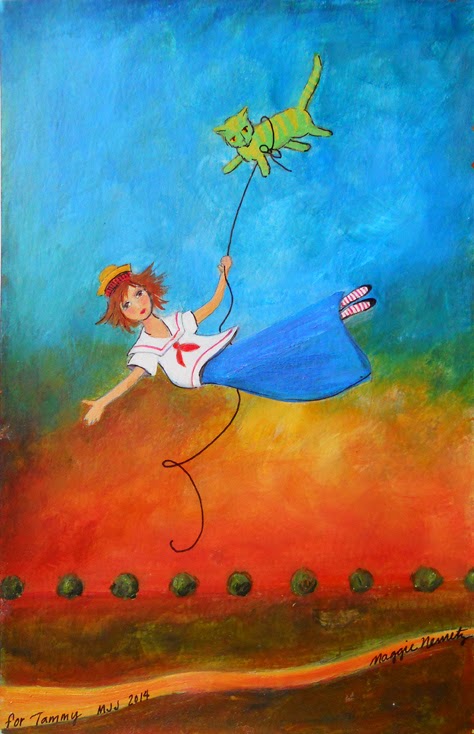 I hardly ever paint any subject matter twice,
but the one above is another version of a painting
from a few years ago:

I didn't set out to make the floating girl look the same.
But darned if she isn't the same girl all grown up!
Different cat, though.
(This one's available in my Etsy shop)
This painting has now been sold! Thank you so very much, Darla! 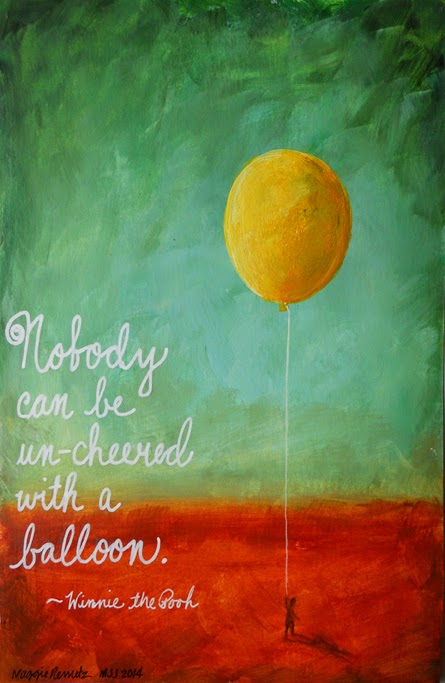 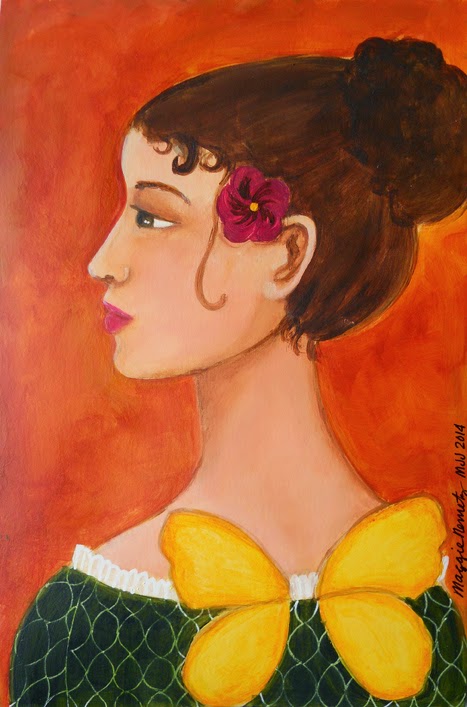 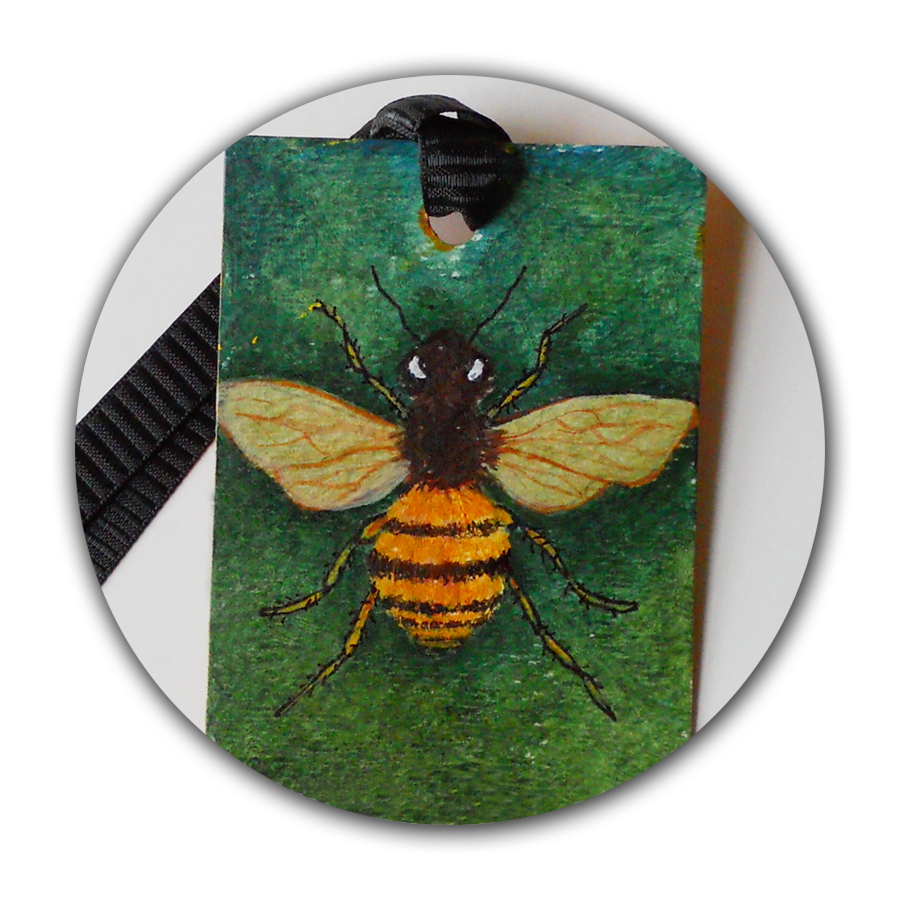 The reverse side says: "Bee Happy"

It's been fun connecting with the different artists that
were chosen by each of us.
Some, like Duy Huynh, I was not familiar with.
Now, I would know a painting of his anywhere.
And I'm so glad about that!

Next up is Lisa Wright's Matisse journal.
I've already received it and can't wait to start.
Somehow, I'm thinking Matisse will be a bit easier,
but after 4 journals so far, I know not to even think such a thing.