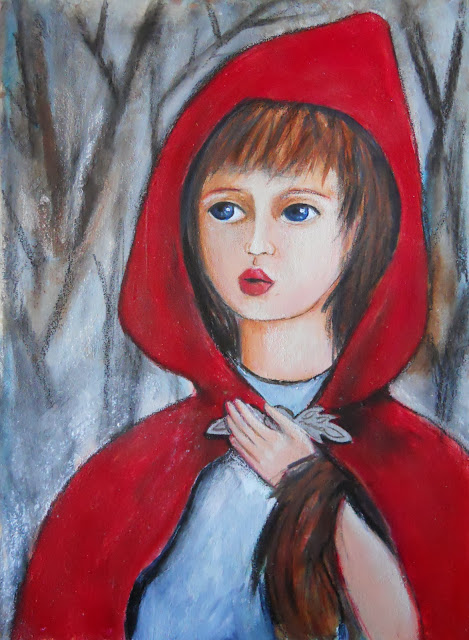 Niina at Inspiration Avenue has challenged us with the theme of

She's also included Fairy Tales, which sometimes have their start in myths.
Why are fairy tales so scary sometimes?
Don't children have enough fears on their own?
I guess the aim was to frighten children to
stay out of dangerous situations, like venturing into the forest alone.

I chose Little Red Riding Hood,
whose Grandma must have lived clear on the other side of the forest.
In my painting, she has just realized that someone or something
is following her! Wasn't that a twig snapping and the rustling
of some dry leaves? Yes, footsteps!

The big bad wolf figures in a lot of other fairy tales,
like Peter and the Wolf, The Boy Who Cried Wolf,
The Three Little Pigs (I remember being frightened by
a picture of the wolf peering in the back door of one of the pigs' houses).
And don't forget werewolves!
In the days when fairy tales began, I think there must have been
many more forest areas and more wolves,
so being set upon by wolves was probably an actual danger to children.

Do you think we need some updated fairy tales that warn children to stay safe
from internet predators, drug dealers and creeps hanging around the playground?
I don't know . . . the modern take on child rearing
doesn't usually hold with scaring kids to death!
And, honestly, most children are rarely left on their own anymore.
No walking through the woods alone to visit Grandma! 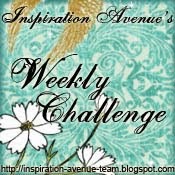 I've also entered this painting in Gritty Jane's 40 Portrait Challenge.
Heh, my first one, only 39 to go!
Stop over there to see some amazing faces.
Join in the challenge too, it's only been running for a few days,
there's plenty of time :-) 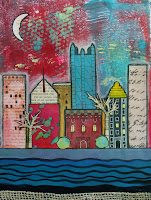 Above is the third painting in the Houses series.
I still have at least one more to do. When I have at least four
completed I will draw a name and the winner can choose
one painting from the series. Go here to see the first 2 paintings.


I hope you are still enjoying some autumn-like weather
where you are (or ~ lucky you if it's Springtime)
Enjoy the upcoming weekend!