Growing Up in the Sixties, Part II

What kept you busy in the summer?

Reading comments from Friday's post has got me thinking. Is it true that everyone idealizes their own childhood? The sixties are iconic, but every generation has fond memories of growing up. I won't even address the unhappy memories that I'm sure everyone has to one degree or another. One thing at a time! 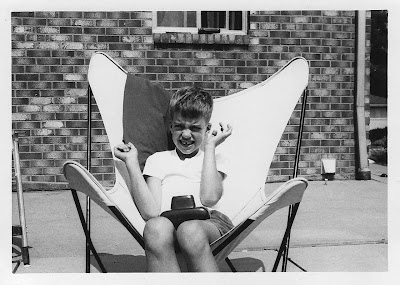 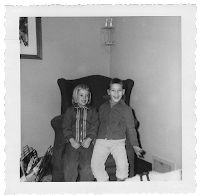 Summer living in the sixties: I think of freedom. We were left to our own devices quite often. A positive outcome of this is that it inspired creativity. We were invited to make up our own games and pastimes since no one was buying us xboxes or ipods! I don't know if there were less bad people in the world then or if bad things just were not publicized like they are today, but parents did not mind sending you off up the street on your bike to see who was home. We wandered the neighborhood for what seemed like all day doing whatever struck our fancy. Was my sense of time distorted back then? Maybe it was only a half hour or so, but I don't think so.

Here are some things that occupied our time:

Oooh this was one of the really fun things. It was also something we were not allowed to do, which of course is why it was fun! We lived in a newish housing development and this was the sixties, so they were clearing land like crazy for more new housing developments. We took endless pleasure in exploring the half-finished houses after the construction guys went home for the day. The scariest thing was if you had to walk across a plank to get to the front door or if the stairs to the second floor were half finished, we would dare each other to try to get to the upstairs. When I think of this, I can still smell wet concrete, which was everywhere! 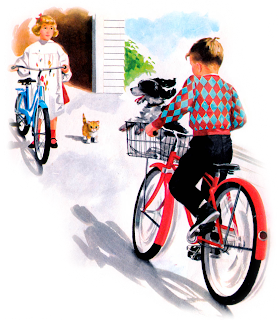 Another thing that occupied endless time was The Creek. (Or if you lived in western Pennsylvania you called it the Crick.) A small stream ran right through our neighborhood. The developer neglected to determine what the long term results of this would be. (My girlfriend's basement flooded every time it rained.) What he did was carve this huge culvert underneath the neighborhood for the stream to flow through. The culvert started behind my girlfriend's house, ran under the street and came out behind some houses a couple of blocks up on the other side of the street. This culvert was like a tunnel which took a sharp right turn when it crossed under the street. So, if you got up the nerve to walk all the way through it, you were in the pitch dark until you made that turn about halfway through. Then you could see some light at the end of the tunnel! We scared ourselves silly thinking of what we would be running into on the journey through. There was really only a trickle of water running if there had been no rain, so you could keep to the side and stay dry, but we pictured snakes, salamanders, spiders, the bogeyman, bats, you name it. I will have to admit right now I don't think I ever went all the way through. No one really did except maybe some of the boys. Show offs! 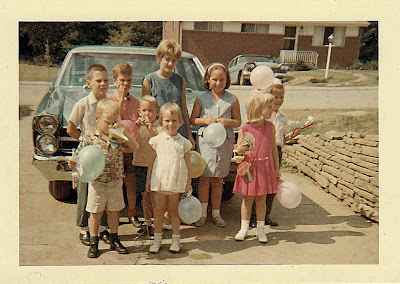 So after we got tired of daring each other to traverse the tunnel, we would walk up the street (above ground!) and pick up the stream where it entered the culvert. This was the real fun. We would follow the creek behind the houses and into the woods where we would set off to find the "end" of the creek. Some of it was rough going because the woods were really overgrown. But alas, another failure, we never reached the end. We had hours and hours of fun trying though. I really do think this little pastime lasted for years. I moved away when I was fourteen, and I'm sure we moved on to other endeavors a while before that, but I know there were at least two or three summers that you could hear on a daily basis, when it was hot and we were bored and lazy, "Wanna follow the crick?" That cool water sure felt good on your bare feet!

So these are a few things that parents today would probably not feel comfortable letting their kids do. But here's the thing: Our parents had no idea we were doing these things!

Do you have summer memories from days gone by? Share them here!