Growing Up in the Sixties

How many of you are Baby Boomers?

I've been thinking about what it was like being a kid in the early sixties. Some may say life is better for kids now, while others say a sixties kid had it made. It was a lot easier to stay below the adults' radar, for one thing, because parents were a lot less preoccupied with their children in those days. As long as you didn't call attention to yourself, you were left to your own devices! 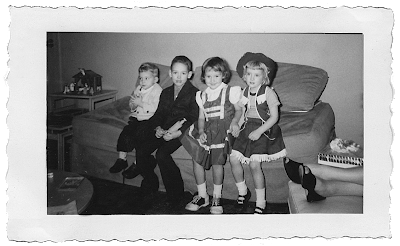 My memories seem to be concentrated around summer vacation. We played all day, and who did we play with? Well, the kids in the neighborhood of course! There weren't many other options. No one was arranging playdates or taking you to soccer practice. No one was saying you needed dance or karate lessons. You played with who knocked on the door. Pressing their faces against the screen (all the doors had screens-no air conditioning in those days) they'd say, "You wanna come out?" and off you'd go. 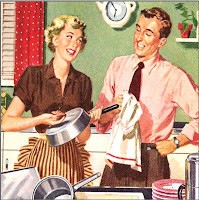 The rules were: You had to be home for dinner (and yeah we ate at the dinner table), you had to come in after dinner when it got dark, and you weren't allowed to whine to your mom about being bored. Other than doing unto others, going to school, and doing your homework, that was about it. 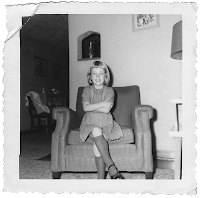 Things were pretty predictable around the neighborhood. The dads were at work all day and the moms were in the house but you hardly ever saw them. I don't remember playing inside my friends' houses more than a couple of times! Of course one friend had 3 sisters and a brother and one had five brothers. I'm sure their respective moms were only too happy to send them outside to play. I had (have!) a brother, one friend had a sister, and another friend had a brother  who was much older than her (a teenager, someone from a different planet!).  We were only too happy to play outside.

So, were kids better off then or now? Maybe it's impossible to say. I'm going to be exploring the subject more in future posts. I think I have just scratched the surface so far...  What do you think?